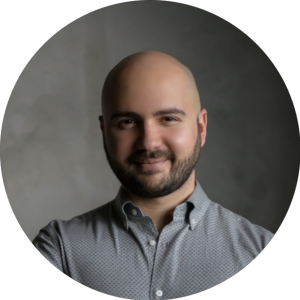 Indonesia looks set to continue experiencing the fastest growth in its digital economy when compared to other Southeast Asian countries. Additionally, along with Vietnam and Singapore, the country will account for about 80 percent of tech start-ups in the region, so we’re seeing the number of businesses taking advantage of this trend increasing along with consumer spending.

With projections by Google and Singapore’s Temasek wealth fund now forecasting Indonesia’s digital sector to be $133 billion by 2025, this will cement Indonesia’s digital economy as the largest regionally. The country is also fifth in projected spending increases in digital advertising for 2019, just behind the United States, which looks to fuel further increases in Indonesia’s overall online economy.

Because of and along with this increased growth, Indonesia is quickly developing into a cashless society. The growth in e-money spending in the country increased 173 percent year-on-year, to $1.1 billion dollars for January 2020, according to Destry Damayanti, Bank Indonesia’s senior deputy governor. Many brands are also incentivizing e-wallet usage.

Throughout Southeast Asia, Google and Temasek predict digital payments will account for nearly half of consumer spending within the next five years. According to this report, services for e-money payments and increasing options through telecommunication companies will allow greater access to online media, including on-demand gaming, music, and video.

Indonesians are increasingly moving away from ATMs and debit cards as means of payment. The national government already encourages cashless payment for public transportation use, making physical cash less important in the overall economy as well. Mobile e-wallet applications – most not associated directly with the banking industry – gained traction between 2017 and 2019.

A study by App Annie and iPrice Group found companies that provided e-wallets – Gojek, OVO, DANA, LinkAja, and Jenius – had the most monthly users during that period. Bank Indonesia’s records also show that 41 e-money platforms – up three from last year – were available for consumers as of February 2020. The same study valued these players’ worth collectively at $1.5 billion.

Much of the growth occurring in Indonesia’s e-commerce sector comes from smaller metros and rural areas. Nearly half of the country’s Internet searches come from outside major metropolitan areas. Randy Jusuf – managing director for Google Indonesia – notes local e-commerce companies are expanding sales of groceries and wholesale products throughout the country.

“E-commerce continues to move forward, opportunities are getting bigger,” Jusuf says. “Companies no longer think just about growth but also about monetization and new business models.”

Right now, per-person spending for the Jakarta area accounts for $555 annually, while areas outside the metro account for less than 20% of that figure. Jusuf acknowledges that once logistics improve beyond urban areas, growth outside Jakarta will increase dramatically, growing closer to what’s seen in urban areas. With 152 million Internet users in a population approaching 270 million, Indonesia offers lucrative growth opportunities for those looking to invest in the e-commerce trade.

Additionally, local innovation and entrepreneurship is being increasingly promoted by the country’s national leadership, with 2019 seeing $10 billion invested in Indonesia’s tech start-ups.

With the expansion of streaming video worldwide, it’s no surprise that Indonesians look to YouTube and other such services for news and entertainment. This is one area where marketers can effectively reach users, by integrating their message into customized campaigns on this and other streaming services.

Recently HOOQ – a joint venture with Singapore’s Singtel telecom group, Sony Pictures, and Warner Brothers Entertainment – terminated its partnerships with Indonesia’s VideoMax and Disney’s Hotstar. It filed for bankruptcy, according to Techcrunch. Though the five-year-old streaming service, that sought to duplicate Netflix’s success in Southeast Asia went bust, the popularity of such services continues.

In fact, Surya Citra Media’s media streaming platform Vidio reported a 225 percent increase due to increased viewing due to the COVID-19 pandemic. A recent report by Media Partners Asia showed that online video streaming through Vidio grew at a 60 percent rate cumulatively between 20 January and 11 April 2020 for viewers in Indonesia, Malaysia, the Philippines and Singapore. That report also showed how lockdown measures increased online video streaming consumption from 36.4 billion streamed minutes to 58 billion minutes.

Consumers in the archipelago are becoming increasingly comfortable using the Internet to purchase products, and the explosion of mobile devices throughout the country and region has only encouraged this trend. In fact, over 100 million Indonesians – nearly 40% of the population – bought consumer products online in 2018.

Most Indonesians aren’t looking for luxuries, however. Rather, they’re looking for products that make their lives more convenient, buying items online like clothing, fashion accessories, electronics, and groceries. They’re also looking for more personalized features, using terms like “keyless” in vehicle searches and “lounge” when searching for air travel.

Search engines are finding Indonesians are also increasingly environmentally-conscious consumers, with an uptick in searches, for example, of stainless-steel straws. This trend goes beyond straws, according to Danone Indonesia’s vice president of marketing Ethan Lim. Protecting water resources and optimizing packages, he says, are increasingly important to that company’s consumers.

Indonesians are indeed becoming sophisticated online consumers, as they continue to search for ways to make their lives better. Regional digital marketers already salivate when they see Indonesia’s online economy, and it’s only a matter of time before the rest of the world takes note of Indonesia’s booming e-commerce industries.

Saif leads the growth strategy at Incify, a solution-driven digital agency that enables companies to operate with greater impact at a lower cost. He specializes in delivering website traffic, conversions, and revenue growth from organic search and direct response tactics.

The Rise of Social Media in Indonesia

According to research by Hootsuite, almost half of Indonesians in 2019 did not have Internet…

When you’re doing SEO, it’s essential to have a content calendar to plan out your…

“Working with Incify has been one of my best business decesions.”